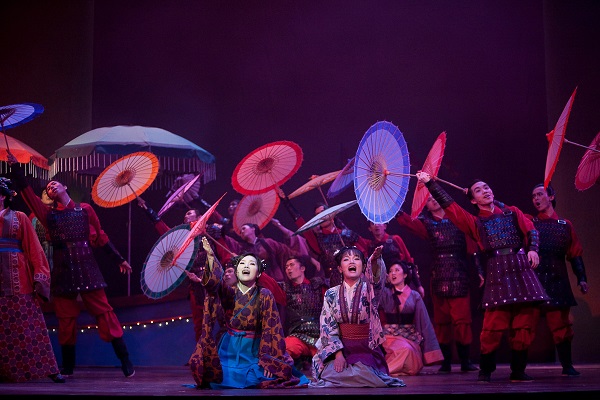 The Graduate Institute of Drama and Theatre was founded on August 1, 1995. Our course design conjoins Chinese and Western dramatic theories. At present the institute has two divisions: (1) Theory Study and (2) Playwriting. The former division focuses on the aspects of theatrical history, texts, theories, and aesthetics with the aim of cultivating future researchers and professors. On the other hand, the latter emphasizes on dramatic creation and aesthetics to foster promising playwrights and professors. M.A. candidates can opt for their research topic according to personal interest. The successful candidates will be awarded an M.A. (Master of Arts) degree.In 1999, the Department of Drama and Theatre was formed, awarding B.A. (Bachelor of Arts) degrees. Each academic year, we recruit an approximate 35 to 40 students (with levelled out gender) to nurture future researchers, playwrights, theatrical artists, high school teachers, and specialist in cultural industry for Taiwan.

Based on the approval of the Ministry of Education on the Department's pedagogical performance and academic contributions, the Department established the doctoral program on August 1, 2014, awarding successful candidates with a Ph.D. (Doctor of Philosophy). The program aims to conduct academic theatre studies and cross-disciplinary research, and discover various angles for applied theory in hopes of constructing a panoramic vision in theatrical studies. The course design of the undergraduate program conjoins theory and practice, aesthetics and technique, tradition and modernity, and Chinese and Western theories to provide well-rounded theatrical education on a solid cultural basis. Our aim is to provide students with the opportunities to become familiar with various theatrical aspects such as history, theory, playwriting, acting, directing, design, and technique. Students are able to pursue advanced studies according to their inclinations and competence.

Furthermore, all students are encouraged to make the best use of the abundant academic resources available at the university. Based on their interests and career goals, they may take courses offered by other colleges and departments, enroll in certificate programs or apply for a minor or double major. Starting from the 2002 academic year, students may take courses offered by several departments at National Taipei University of Education, National Cheng-Chi University, and Taipei National University of the Arts with which a cooperative relationship has been formally established. To help students become qualified teachers, the department also takes part in the university's Education Programs, and high school faculty preliminary training program in Performing Arts.

In order to provide students with facilities and sufficient space, the department utilized portions of the Fund for Excellence to overcome the inherent spatial limitations and set up specified classrooms and theatres. In 2007 and 2011, students of the Department participated in the preliminary competition of Prague Quadrennial and high portions of their work were elected for display in Prague.

Many of our alumni were accepted into prestigious universities abroad; they studied theatre and other related disciplinary, and graduated with honors. Our alumni have outstanding performances in a wide range of fields: academia, theatre, playwriting, film and television, publishing, etc.