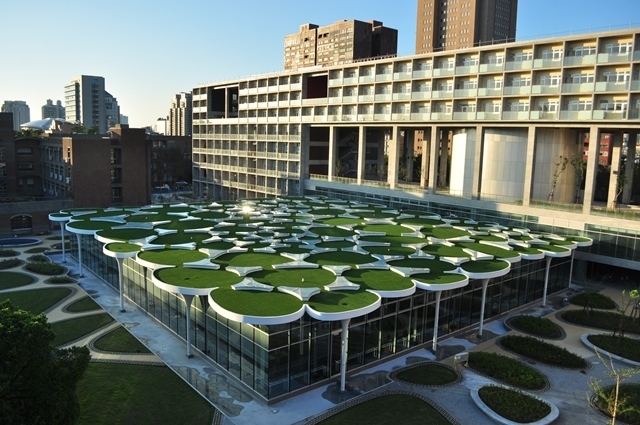 About the NTU College of Social Sciences (COSS)

This historical development of the NTUCollege of Social Sciences (COSS) is itself an abbreviated history of theresearch in the social sciences in Taiwan. After the Second World War, theImperial University was renamed as the National Taiwan University. The former Collegeof Liberal Arts and Political Science was separated into the Colleges ofLiberal Arts and College of Law. The College of Law at that time comprised theDepartment of Law, Political Science, Economics, and Management. After theestablishment of the College of Management in 1987 and the College of Law in1999, the College of Social Sciences was formally incepted in 1999 and developedinto its current structure. Mirroring these organizational changes, our campuswas also originally situated in the Hsu-Chow Road campus and finally relocatedback to NTU’s main campus and into the new award-winning building in 2014. Withthe completion of the relocation and new College building, all the COSSdepartments, graduate institutes, and research centers are now adjacent to eachother, allowing stronger partnership and synergy within COSS and with other NTUColleges.

Today, we have four departments, threegraduate institutes, and six research centers. We are home to more than 250full-time and adjunct faculty members, and nearly 3,000 students both at theundergraduate, graduate, and doctoral levels. Together we strive to create anenvironment that encourages the flourishing of intelligent ideas, independentscholarship, and academic freedom. We are committed to delivering high-qualityresearch that is relevant to social science debates in Taiwan and that exploresinnovative perspectives of thinking about and benefitting human societies. Wepride ourselves in having many faculty members, students, and alumni who haveexerted great impact both in the academic and non-academic contexts. Over theyears, COSS has also accumulated a rich body of empirical data and produced alarge volume of research with important theoretical and real-world implications.

Understanding that our current organizationcannot simply cover all the different fields of modern social science research,we make every effort to forge interdisciplinary connections to law, medicine,engineering, the arts and the humanities. Our faculty members are alsoimportant contributors to NTU’s General and Liberal Education courses, throughwhich students can learn beyond the boundaries of their respective degree programs.Collaborations are not only established across NTU colleges, but with leadingresearch institutions both domestic and abroad. Through multi-disciplinary andmulti-institutional research centers, study groups and partnerships, we areable to push new frontiers and contribute to emerging fields such as neuroeconomics,STS, and East Asia studies. Our six research centers is another example of ourcommitment to integrate and elevate studies across a broad sweep of socialscience disciplines.

NTU’s COSS has built an internationalreputation and in the future we hope to lead the University’s ambitions to deliveringresearch excellence and becoming a leading academic institution in Asia.